The semiconductor industry is rapidly becoming an innovation battleground. The contract manufacturing trend has pumped in millions of dollars into emerging and developing countries such as China, India, and Brazil while offering cost savings to electronics and technology companies. The growing aerospace and defense, healthcare and medical devices, telecommunications, and consumer electronics sectors are all embracing miniaturization, making it imperative for the semiconductor and electronics industry to respond actively.

However, compromising performance at the expense of cost is not an option in a highly competitive semiconductor and electronics industry. This has compelled companies to invest heavily in research and development. As the need for memory chips and processors to solve specific issues becomes pressing, larger companies are now turning their attention toward niche markets, leading to an uptick in the number of mergers and acquisitions in the semiconductor and electronics industry. The future of this industry will thus be dictated by changing computing and communications needs. 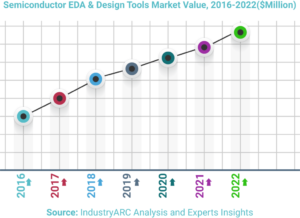 Overall, the mixed growth seen in 2016 will turn into a broad and more consistent growth in 2017. Areas to watch for in 2017 are the industrial, automotive and storage markets, which are growing quickly but represent a smaller portion of the overall market. Additionally, the slow-growth outlook for traditional applications such as smartphones and PCs, highlights the importance of semiconductor.