The Fourth Annual FD-SOI Forum: MosChip stands out as the future of silicon solutions 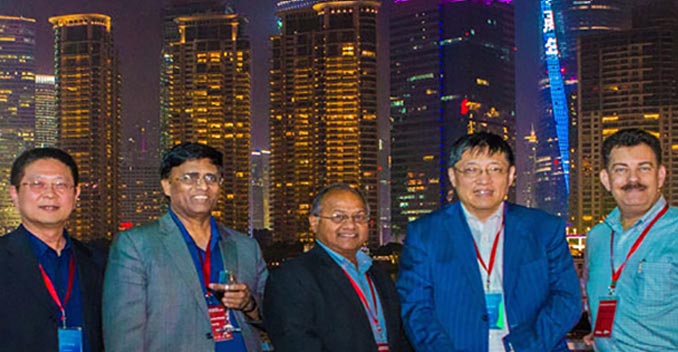 Much investment has been made in the semiconductor industry to produce better performance low power silicon solutions. The emergence of a mature Fully Depleted Silicon-on-Insulator (FD-SOI) process that enables volume production is creating a stream of manufacturing options for semiconductor solutions providers. The Fourth Annual FD-SOI Forum was held in Shanghai, China this last week, September 9-10, with support from over 200 people who shared valuable information on technological advances as well as their success stories claiming the ongoing volume production. Organizers, sponsors, technology providers and silicon providers gathered to share the progress made in the last twelve months along with their projects that lay ahead. MosChip participated as one of the silicon suppliers who is evaluating FD-SOI technology to be implemented in the IOT and Vision Processing products, currently being defined and developed.

MosChip believes FD-SOI is ideal for IOT and Vision Processing solutions, which includes end products like surveillance cameras, products for autonomous automobiles, sensors and intelligent sensor hubs, trackers, and other such products. SOC’s which require the ability to run on batteries, need to be implemented in low-power technology while certain attributes may require high-performance, and this is ideal for FD-SOI. SOI-based devices differ from conventional silicon-built devices as in the former, the silicon junction is above an electrical insulator, typically silicon dioxide or sapphire (these types of devices are called silicon on sapphire, or SOS).

Future partnerships between MosChip and vendors who are deeply involved with the proliferation of FD-SOI IP in digital and RF form, development tools, and manufacturing processes, will help create a comprehensive development ecosystem, enabling greater and more aggressive adoption of the technology. Currently both 28nm (ST Microelectronics and Samsung primarily) and 22nm (Global Foundries) processes are helping drive adoption, and huge investments are being made in the complete ecosystem to enable development. MosChip is striving to be an early adopter in India region.

MosChip has multiple SOC designs ongoing in multiple markets (IOT and Vision Processing) where FD-SOI technology is being planned to be adopted. Additionally, MosChip plans to build Platforms, which can showcase the low power features and performance scaling for certain functions. Look for MosChip to be a major provider of FD-SOI based silicon solutions in the near future.